Homepage Article 'Case For The Defence'

Staff member
Thanks to @catcherintherye for taking the time to write this for the front page; 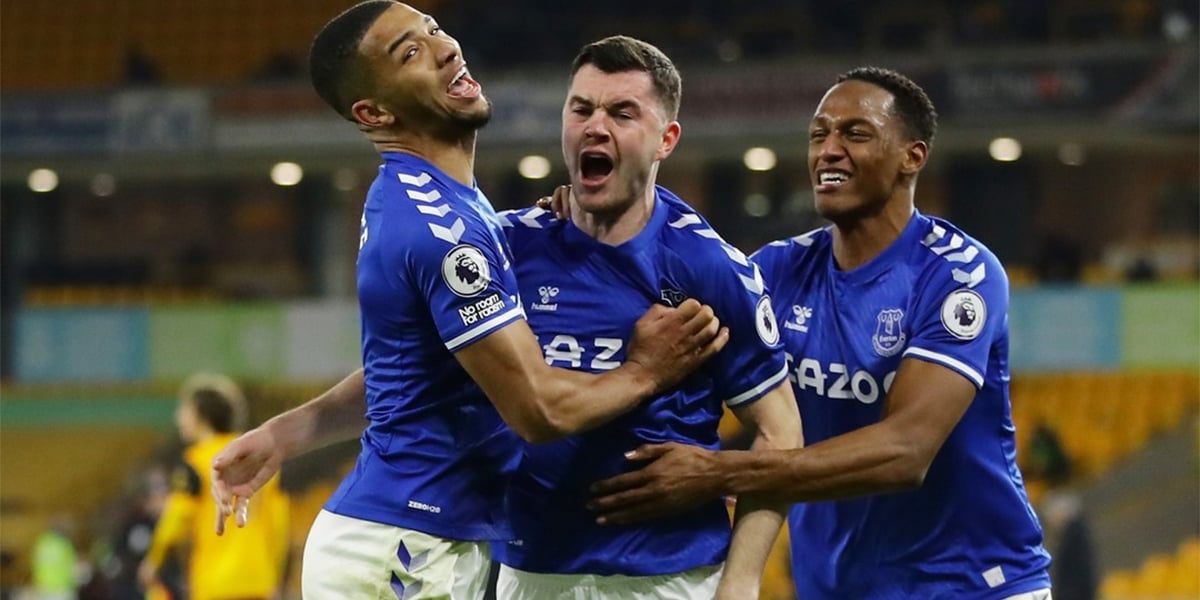 Case for the Defence - GrandOldTeam

Prior to the Chelsea game the season was looking like it may start to spiral. December had threatened to be a very challenging month, with big 6 sides Arsenal, Chelsea and Manchester City crammed in alongside an away trip to increasingly well organised Leicester. While progress had certainly...
www.grandoldteam.com

Do we have a defence?

Defence for the Defence......they are under constant pressure because we virtually have a pretty awful midfield (with the exception of JR), who cant pass forward, cant tackle, cant create anything and we are pretty toothless upfront.....

They are far to slow Mina and Keane, they have to be the slowest CB pairing in the top 10.

royston1878 said:
They are far to slow Mina and Keane, they have to be the slowest CB pairing in the top 10.
Click to expand...

It's probably why they are helped with quick fullbacks.

Good article. Although Sigurdsson good at set pieces? Every one goes a yard above someone's head.

For me if you have attacking full backs then the tendency is that you have wide players who cut inside, so the full backs can overlap. The wide players also need to work hard defensively. Baines had a great relationship with Pienaar for this.

However if you have more attacking wide players like James and Richarlison, then you won't get the same defensive output but you expect more going forward. So the over-lapping fullbacks then find themselves without the space to over-lap, and also with the defensive partner for when anything breaks down. There is too much responsibility on them. We've seen this for a few seasons, players like Walcott, James etc not getting back to defend and the full backs ending up exposed.

Carlo has really struggled to set up a team with these players to score goals. So setting up defensively and trying to build on a strong base is far better than being open and still not scoring.

Just to add, as a team to push on, Everton really need to recruit pacey attacking players who can run at people in and around the box and also provide an end product. All the top sides have such players, the better ones having multiple. Everton haven't had a player like that for a long, long time.
Last edited: February 1, 2021
E

I thought you were going to make a case for the defence of those who have been running this club for the past x years?

Personally I think people have oversimplified it a bit by always focusing on the full backs. In some of these games we've set up camp in our own half, with Davies and Doucoure being asked to get through a lot of pressing and tackling and limiting the space in front of the defence, and even the wide players getting back and often making tackles in the full back position. Digne spent almost the entire second half against Leicester playing as an extra full back. Against Wolves, as much as everyone slated him for doing nothing as a striker, Sigurdsson was effectively playing as an extra midfielder half the time, and it made a difference to our ability to keep hold of the ball and win it back in those areas. He wasn't a goal threat but he contributed to us outnumbering them in midfield and so gaining a foothold in the game. Against Newcastle i'm not sure the back 4 itself looked worse, it's just that there was more space in front of them and instead of two defensive minded midfielders we had just one. It was a totally different tactical set up, but that seems to be being ignored to further the idea of 'the wall'.

Not even that it would help. It's a necessity for these tactics. Trying to do this with Pickford is madness.