In other Everton/Argyle news Kieran Aggard has left Plymouth to join Doncaster after his short term deal ended.

Less said about the second leg, the better, of course.

Forum Supporter
What a player.

Our old friend Jonas Lössl was a bit crap for Brentford tonight, forgot he signed for them

It seems the Administrators at Derby wouldn’t extend his contract/ terminated it much to ex-player Rooney’s fume.

Peter Clarke still playing at forty ! Great little article in the Athletic about the man who learnt a lot from Gough and Weir .

Ex Toffee Shayne Lavery leathers one in against the Wall for a vital win for us.

Joshy was dynamite once more yesterday. Has attracted unwanted attention for Tangerines fans from other clubs. Specifically Nott's Forest who have been in twice with derisory bids but the sharks are circling for another bite. Would hate to lose the rising star as his skill set is rarely seen at this level.

Conor Grant though.....
Plymouth Argyle have a talented wingback that goes by the name of Conor Grant.

Born in Liverpool, he started his career with Everton, and was there for 10 years but failed to ever make a senior first team appearance.
He had a succession of loans across the EFL and the Scottish Premiership before eventually signing for Plymouth permanently in 2018.
Grant has grown into a first team regular with the Argyle, having been converted from a centre midfielder into one of the best attacking wingbacks in the league.
For this positional transformation, credit is due to his former manager Ryan Lowe. Lowe is now at Preston North End and I’m sure he’ll be interested in working with his former player again. 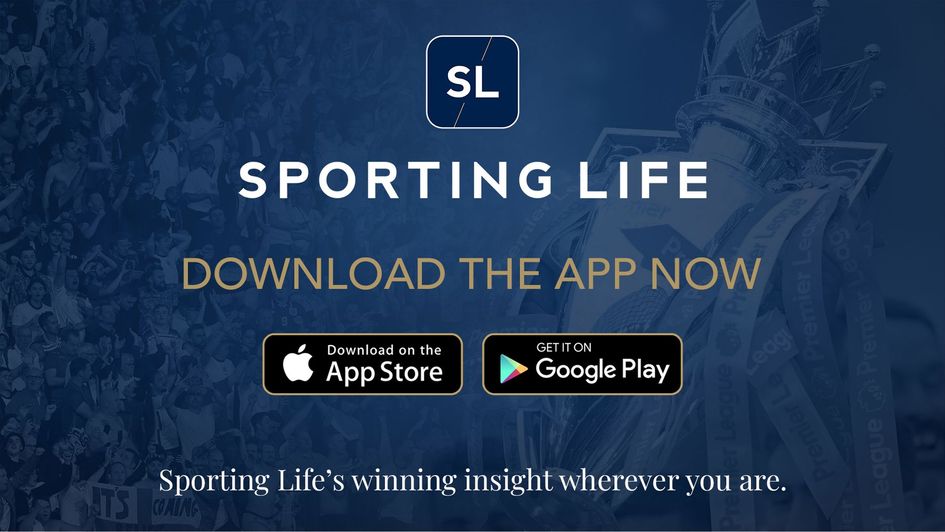 How good is Conor Grant?​

The freedom of a wingback role within a structured system really suits Grant’s ball playing and attacking ability. He stays high and wide within a 3-5-2, often being an outlet and stretching the play causing the opposition problems.
The system Plymouth play affords Grant the opportunity to get forward and link play in the middle and final third. It also means he has to do less defending, their solid system with a back three and defensive midfielder allows their wingbacks to act almost as wingers, and this is where Grant is influential.
With five goals and three assists so far this season, Grant has the 3rd most goal involvements of any fullback or wingback in League One.
Grant has excellent delivery from set pieces and open play, and offers great variation with dangerous whipped balls in, or more often floated back post crosses which often finds his teammates in plenty of space.
His shooting ability is a standout attribute, particularly from outside the area making him a creative goal threat.


What does Conor Grant have to offer?​ 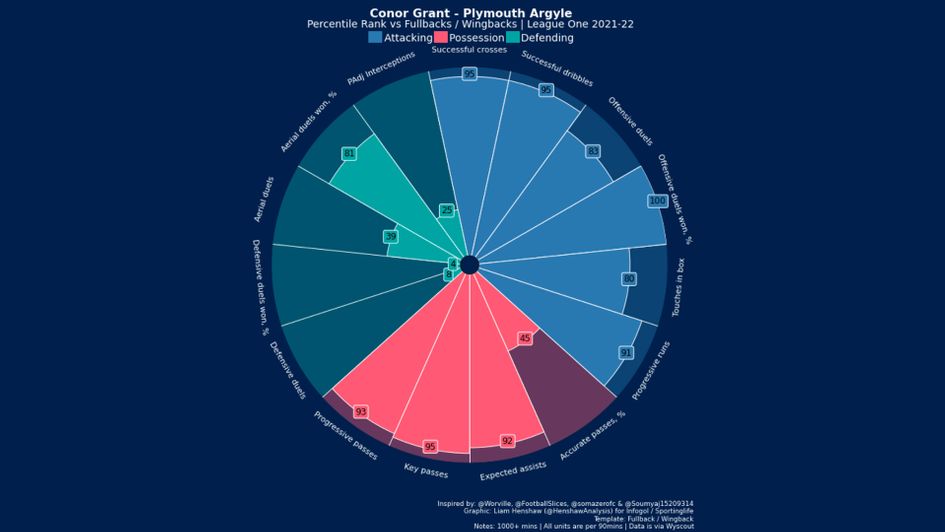 Looking at his numbers, Grant clearly stands out from an attacking and possession point of view.
As a wingback, a main part of your role is being able to beat a man and execute a good delivery. Grant does both of these very well, ranking in the 95th percentile for both metrics with 2.12 successful crosses and 3.24 successful dribbles per 90.
Grant also knows how to beat an opponent, with an offensive duel success rate of 62.89% making him one of the best wingbacks in Sky Bet League One.
It also ranks him 2nd best across the whole EFL for those defenders with 2 or more offensive duels per 90. This makes him a real threat against any side in the league. 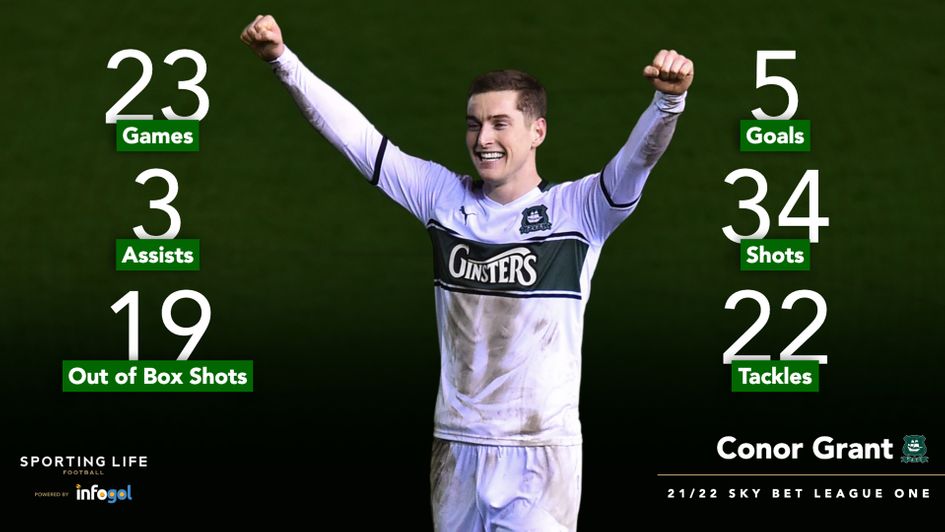 Grant’s versatility is also another valuable skill. His ball playing ability from previously being a midfielder still comes through in his performances.
He has 8.25 progressive passes per 90, which ranks him in the 93rd percentile. This ball progression is key from wingbacks playing in a 3-5-2. Grant’s previous experience as a midfielder allows Plymouth to bring him inside to a central midfield position when required, should they want to make any tactical adjustments.
You’ll notice that Grant’s defensive numbers look particularly poor in comparison to other areas. As discussed earlier, a lot of this is down to the role of a wingback and how much defensive responsibility they have as well as the style of the particular team.
In this case Grant doesn’t need to engage in much defensive activity due to Plymouth’s solid defensive structure. This being said, he does impress aerially. 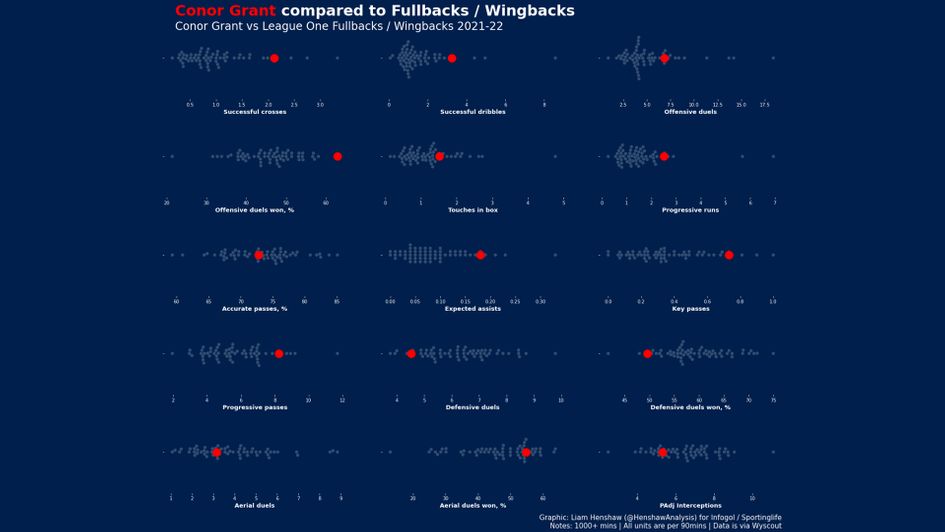 It makes sense to discuss his former manager Ryan Lowe, who helped to get the best out of the player. Lowe has now moved to Preston North End and life started well there for him, but they’ve won just one of their last four league games.
More worryingly, in each of those last four games Lowe has opted for a different starting left wingback, having tried Earl, Cunningham, Barkhuizen and Rafferty all in that position.
Lowe doesn’t have the type of player he needs at Preston currently for his 3-5-2 system and this could leave him wanting his former LWB from Plymouth.
The four players mentioned above who have filled in at left wingback have managed just 5 goal involvements combined, less than Conor Grant on his own.
Preston need a natural ball progressor; someone who is creative and is going to be involved in goals. While Barkhuizen is a more creative player, he seems to be somewhat more restricted in a wingback role.
While the other three players just don’t come near Grant for his creative qualities, he should be high up on Preston’s shopping list.

Swansea are a club in need of a left wingback. They’re another side who rely on creative wingbacks who are comfortable in possession. They allowed Jake Bidwell to leave the club having started the majority of games in that role and he’s now joined Coventry.
Other options who have played there are Joel Latibeaudiere, who is more comfortable on the right side of defence, and Ryan Manning who’s mainly played at centre back. The left wingback role doesn't really come natural to either of them.
Swansea have also lost their starting wingback on the other side in Ethan Laird who was recalled by Manchester United and sent to Championship rivals Bournemouth earlier this window.
He was one of Swansea’s main attacking threats. They replaced him with Cyrus Christie, but I feel Conor Grant on the other flank can help replicate some of that attacking threat and creativity.
Finally, Nottingham Forest have been a side reliant on loans. Whilst they do have a good left wingback in Max Lowe, they might struggle to sign him permanently from Sheffield United.
The Reds lack any depth and cover in this area, with Jack Colback filling in occasionally. However, he lacks the ball carrying creativity needed for the role.
Forest might be tempted to get a player who can add squad depth in the short term, but has the potential to be a first team starter come the summer. For me this would represent sensible business for a side who are turning their hand to smarter recruitment.
Share:
Facebook Twitter Reddit WhatsApp Email Share Link